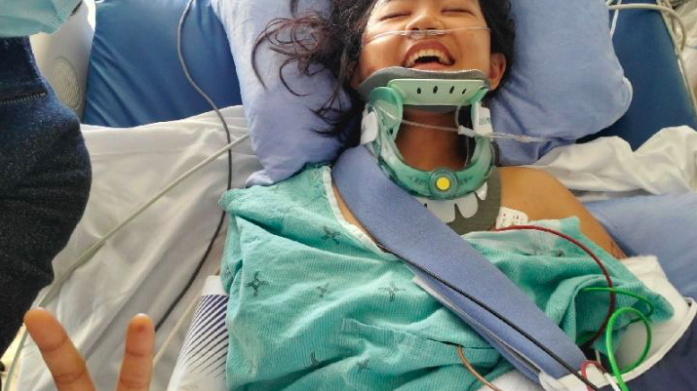 A Filipina caregiver is fighting for her life after saving the lives of the two young children in her care. Jillian Mendoza was seriously injured by an out-of-control SUV on Wednesday, February 24, 2021. The terrifying incident occurred on the sidewalk on St. Clair Ave. W. near Dufferin St. in Toronto. The caregiver pushed the stroller with the two children out of the way and took the impact.

According to reports, Mendoza has had three surgeries so far and there are more to come. Witnesses shared that the caregiver was pinned under the vehicle after taking the impact and several fractures and head wounds were evident on scene.

Andrea Manuel, a friend who spoke with Mendoza in the hospital, has posted on social media that Jillian “was feeling a lot of pain, but was so optimistic that she’ll get through this.”

A fundraiser has been put together by Anney Anna Gonzales online via GoFundMe. The financial assistance is to help Mendoza get back on her feet and to make sure she gets the time she needs to recover. More than $148,000 has been raised so far.

According to Gonzales, as reported in the Toronto Sun, Mendoza is a single mother who has been working hard to support her daughter and parents as the sole provider for her family. Mendoza is also in the process of obtaining her residency in Canada, and has many plans and dreams for her daughter.

“It will be a long road to recovery and I hope that we can help support her financially and through prayers,” Gonzales added.