A grassroots re-imagining of gender-affirming care

A grassroots re-imagining of gender-affirming care 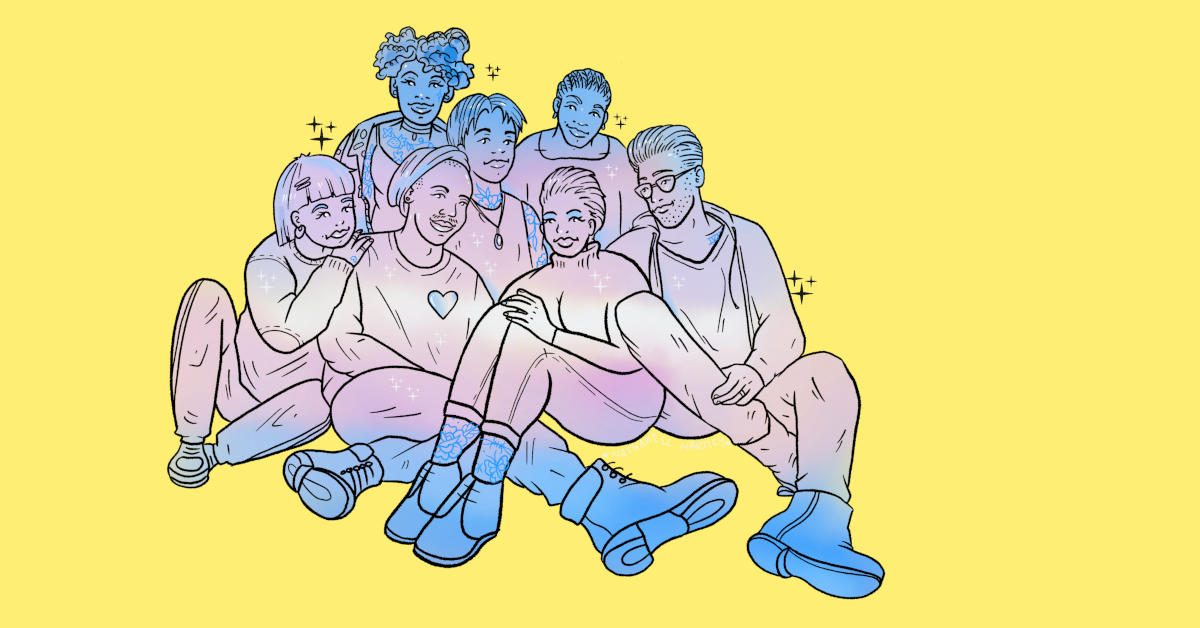 Riley Nielson-Baker and Felix Vandergrift are part of Gender Affirming Care Nova Scotia, a grassroots, community-based policy process to address issues of gender-affirming care and access to health care for trans, intersex, and gender-diverse people in Nova Scotia. Scott Neigh interviews them about the process, the policy, and the work they have been doing to make it all happen.

Both Nielson-Baker and Vandergrift have experience with the workings of government – in their day jobs, the former is a public servant who works on issues related to sexual assault and gender-based violence and the latter works as a consultant in the environmental sector. As well, Nielson-Baker has a Master’s degree in public administration and is working on another Master’s in political science, studying the concept of the transgender person in Canadian law. Both have faced their own challenges with the gender-affirming care system in Nova Scotia.

Gender-affirming care is any healthcare that affirms someone’s gender identity through better aligning their body and physical presentation with that identity. This can include interventions like surgeries and hormone replacement therapy, as well as other forms of related care like voice training, hair removal, and supports to learn various kinds of aesthetic practices that can be important to expressing gender.

According to Nielson-Baker, gender-affirming care in Nova Scotia is currently “incredibly limited, incredibly gatekept.” The province offers a small number of basic gender-affirming surgeries through the public system. However, everything beyond that must be paid for out-of-pocket. Many trans people have very limited opportunities in the job market because of anti-trans discrimination, which means the financial barriers can be prohibitive.

Even among the gender-affirming care that is provided publically, access is limited by lengthy waiting lists, arbitrary rules that have no grounding in genuine health concerns or the wellbeing of trans people, gatekeeping by medical professionals, and intense bureaucracy. Access is further limited because the system pushes people to adhere to very narrow understandings of what it means to be trans, with little recognition that different people need different things to affirm their genders, and some trans people have no interest in fitting themselves into dominant understandings of “male” and “female” or into medicalized stereotypes of trans-ness.

In what trans people say about their own experiences and in multiple studies, there is a powerful link between gender-affirming care and keeping trans people alive. Nielson-Baker said they have a slogan that they use a great deal within their group, though much more cautiously in public contexts: “Trans suicides are a policy choice.” It is well known what needs to be done to reduce trans suicides, and the choice by governments not to do those things is a form of blatant, active disregard for trans people’s survival.

When gender-affirming care is inaccessible, Vandergrift said, we “lose people from suicide, from addiction, from violence, from whatever. Because that’s their last hope, right?” He added, “This process is so burdensome, and so onerous, and the policy is so outdated, you already have people that are strapped to mental capacity.” With respect to his own transition journey, he said, “I work in bureaucracy for a living,” but even so “this has been an absolutely bureaucratic nightmare of paperwork, of specialists, of checklists … not to mention the cost.”

In late 2020, Nielson-Baker was part of a small leftist organizing group in Nova Scotia and was working on a number of policy proposals for the group aimed as interventions in the then-upcoming provincial election, including one related to gender-affirming care. They were uneasy, however, about the possibility of feeding into the politicization (in a party-political sense) of the needs and lives of trans people. Perhaps with an eye to the disturbing trajectories in the US and the UK, Nielson-Baker said, “When we politicize trans lives, trans people lose.”

So early in 2021, Nielson-Baker decided instead to pursue the work as an independent, grassroots, community-based process. Starting with a handful of participants and some informal consultation, the process grew to include a lively core group – which today includes Vandergrift – extensive consultations with other trans people in the province, and endorsements from more than 50 organizations, including LGBTQ2S+ groups, unions, churches, and professional associations like Doctors Nova Scotia. The work has involved documenting how things work now in Nova Scotia, how other jurisdictions do things, and what the community wants, and it has resulted in a robust and detailed policy that, if adopted, would dramatically improve gender-affirming care in Nova Scotia.

Nielson-Baker said, “In my policy training and policy education, the importance of consultation is always emphasized because you can’t make policy about or for people without including them. Because they are the ones that are the most impacted by what’s happening in these systems. They know where it’s failing. They know how to fix a lot of these issues. And really, community-based policy work is just taking that a step further. Not only is the community consulting on the policy, the community is making the policy. We are having 100% control and 100% say in what’s happening in this policy, and what potentially will happen in the healthcare system here in Nova Scotia.”

The overarching thrust of the policy is to remove barriers to gender-affirming care and to expand coverage within the public system. This means a lot of different things, many addressing the existing limitations to gender-affirming care in Nova Scotia mentioned above. It reduces arbitrary criteria and expert gatekeeping, while centering the individual in decision making. It includes ensuring care for trans people is understood as medically necessary and part of core health care competencies, rather than as boutique, cosmetic, or specialty care. Instead of focusing on making trans people prove that they are “trans enough” by some arbitrary external standard, it would prioritize trans peoples’ actual needs. It includes addressing additional barriers faced by some trans people related to things like medical racism. It would provide public coverage for a much wider range of services, including body contouring, face feminization and masculinization surgery, hair removal and transplants, and lots more.

Crucially, the policy they have developed involves a shift from centering gender dysphoria to centering gender euphoria – that is, instead of focusing on trans suffering and the distress that some trans people experience due to discrepancies between their gender and their sex assigned at birth, it means focusing on trans joy and on the elation or comfort that results when those things align. Nielson-Baker said, “Dysphoria is not the only determinant of the necessity of gender affirming care… It’s not even necessarily the best or strongest determinant. What is, is euphoria … the satisfaction, the happiness, the security that one gets from having their social experience and their physical experience validated and reflected in their daily life, and in the health care that they receive.”

According to Nielson-Baker, as they work to get this policy implemented, “We’re purposely not really engaging with politicians. Politicians have a tendency to politicize… The opposite of what we want in this process is to further politicize trans lives. We have instead been focusing on the public service and the general public. Because realistically, that’s who is important in these conversations.”

Along with meeting with officials to try to get these changes integrated into the provincial health system, they have also been hosting a series of townhalls and other forms of public engagement. Nielson-Baker said, “The media reception has been incredibly positive. … And the outpouring from the community, of people who were just, like, ‘I have no knowledge about the trans experience or trans healthcare or gender-affirming care, but I just want to come and learn and have these conversations,’ is the majority of the people who have been engaging with us lately. They don’t know, but they want to know, and they want to know how they can do better. And it’s very incredible to see, and incredible to experience both as a trans person and as a policy author, to see the public so willing to engage and have these conversations, and being willing to admit that they don’t know but they want to find out.”

The work that the group has been doing on this policy is very much about what trans people are facing in the immediate term, and leaves many larger political questions for the future. Nielson-Baker said, “We’re too worried about surviving now, surviving in the short term, that we can’t even begin to have these larger conversations about social control in capitalism, and the role that capitalism and neoliberalism places on trans people, and really all marginalized communities, and really all people in society. We can’t even have those conversations yet because we’re too focused on, ‘Will we be alive tomorrow?'”